The man behind all the edits...

Steve "The RaZor" Picardi began his interest in editing music back in 1982 when he was 10 years old.
He experimented with double tape deck boomboxes until he found one that had perfect precision when pausing and unpausing while recording. That allowed him to re-edit songs using the pause button on tape deck B to compile seamless edits.

In 1985 at age 13, he got his first mixer and turntables along with a single studio tape deck. Steve was heavily influenced by the editing styles of Albert Cabrera (from the Latin Rascals) and the mixing styles of Cameron Paul (A pioneer of remixing). He became extremely interested in the sound of the “Multi-Edits” that became big in Freestyle music. But it was a challenge and very time-consuming process of cutting and splicing analog tape together to create those edits.

That is when he began editing on a Macintosh IIci paired with a DigiDesign Sound Tools interface.
It ran the famous “Sound Designer II” software that allowed for tapeless editing of audio.
You still manually sliced and compiled edits, but it was much faster than analog tape.

Steve was always into technology, so he eventually upgraded to samplers and hardware sequencers like the Ensoniq ASR-10 and Alesis MMT-8. Together with the Tascam Portastudio 488, he created a mini 8-Track Studio which paved the way to creating Mega-Mixes inspired by his friend Mark “DJ M&M“ Morrow. During the late 80’s, M&M was playing his Mega-Mixes every week at Emerson College on his WERS 88.9 Radio Show “Rap Explosion”. That was a big influence on Steve, and he became heavily into scratching and manipulating Samplers and FX Processors. 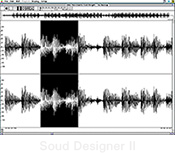 As Freestyle music grew throughout the 80’s, it was the editing styles of the Latin Rascals, Chep Nuñez, Omar Santana and Carlos Berrios that continued to grow his passion for the art of Multi-Edits. From that point on, Steve focused on crafting his own unique way of splicing together digital audio, while maintaining that analog style and sound. Although he mixes the final tracks in a modern Digital Audio Workstation like Cubase, he does not do the bulk of the editing there. Most of that is still done using a special process that he developed throughout the years. Customizing his workflow was important because he wanted to maintain that classic analog tape sound. He noticed when simply editing audio in a typical DAW, there was something missing and everything was too modern and precise sounding.

In 2005 while collaborating with long time friend DJ 7L, they decided to form “The BladeRunners” to push Steve’s wild editing style across all genres of music. They spent nearly a year producing a MegaMix that launched in 2006 and was loaded with that classic Multi-Edit sound.
DJ Beyonder later joined the team and together, they continue to create that “BladeRunner” sound whenever possible.